Click here to view worship from Sunday, August 7th , 2022
(please make sure the video is not muted)

*Mask wearing during our church Service is Optional.*

​​Pastor Leanne's Message for the month of September:

power is from God and not from us.

I have always wondered about the Apostle Paul’s physical well-being. Certainly, he had a keen mind and a powerful personality with   lots of drive… but his life was so full of physical effort. What was that like? Ancient, unsubstantiated accounts of his self-presentation are not generous: they describe him as short and bow-legged, with a large nose, and weak, runny eyes. There are suggestions that he was nearly blind, and yes, perhaps that when he spoke, he spit. Who knows, of course, those suggestions do not come from reliable sources.

I have wondered, with a life like that, what was the toll his many injuries took on his body? Did he ache when he walked? Was his back scarred and painful? When he got up in the morning and began to move around, did he groan and require time to loosen up? Many of us know the consequences of lives of heavy lifting and hard labor without ever having been beaten or abused. It seems to me that the Apostle could not have   escaped the aches and pains that come as a result of a hard life.

Perhaps that is why we described our existences as “a treasure which is contained in a fragile clay vessel.” He knew the limitations of the body, the pain and the hinderance it can be when a vibrant, active mind with energetic aspirations is stuck coping with a body that cannot keep   up. But as difficult as that can be, he never seems to speak of it as an insurmountable hinderance.  In fact, for him, that makes it all the more beautiful that God works through us, and it is evidence that God’s ongoing grace and power is not confined to the limits we perceive in ourselves. God  is at work in us, in all situations, and God has gifted us with a role to play in the Kingdom, despite our human frailties.

We can be so hard on ourselves, get so impatient with our weaknesses and          self-demeaning with the changes our bodies experience. We can think that we have reached a point where we are useless to others and to God. We tell ourselves that we are not equipped to make much of a difference. We get restless to be young again, to be stronger, or prettier, or more athletic or more mobile. But maybe it’s time to     listen to the Apostle, who summed up our embodied lives in one way: it’s about God, and that makes it good. Just as we are, we matter.

SECURE METHOD TO DONATE Now Available!!
Click on the button below and donate!

We are open for church services and we welcome you all to come worship.

You can visit with us or tune in at 10:00 a.m. every Sunday to our Live Feed on Facebook

​
If you have any questions regarding COVID-19 contact the North Dakota Department of Health:​

​​Together, we will continue to make progress and come out strong.

ARE YOU WILLING TO HELP?

​We encourage you to continue to love your neighbor well at this time. Hebrews 13:16 challenges us to “do what is good and to share, for such sacrifices are pleasing to God.” Thank you for being the Church.

Are you in need of assistance that you can not get help?  Email firstpresbyterian@fpcbismarck or call      701-223-6091 and let us know how we can help.

For those who are unable to worship with us in church, here are a few ways that you can continue to give: 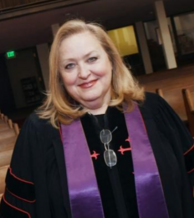 is a Community called to love God through Worship and Prayer, receiving and serving our neighbors with the compassion of Christ, open to new beginnings and the spiritual growth of children, youth and adults.